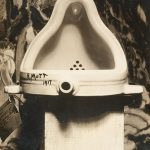 «The precedents for conceptual artists of the 1960s and 1970, were created in the early twentieth century by French artist Marcel Duchamp (1887-1968). […] In 1917, the father of conceptual art – as he is often called – submitted a factory-made urinal to the Armory Show […] on the basis that art could be anything […] 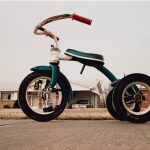 «Eggleston’s influence on contemporary art photography has become recognized as central, not least because of his early validation of the use of colour in the 1960s and 1970s. Considered the ‘photographer’s photographer’, he continues to publish and exhibit internationally, his repertoire being constantly re-evaluated in the light of art photography’s increasing profile over the past […]